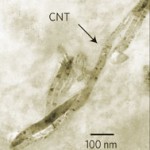 If the dog days of summer have you doubling down on sunscreen, do your health a favor and get informed before you slather up.

The other day a fellow swimmer floored me with this confession: “I’m terrified of the sun,” she whispered while lacquering her body with a toxic chemical sunscreen spray that permeated half the locker room—along with my lungs.

How many things are wrong with this picture?

Let’s start with the basics.  Sunshine in moderation is good for you.  Without significant amounts of supplements or food-based Vitamin D, sunshine is our only source of this life-sustaining substance. Vitamin D is actually a fat-soluble hormone that strengthens bones and the immune system, reduces the risk of various cancers (including breast, colon, kidney and ovarian cancers) and regulates at least a thousand different genes governing virtually every tissue in the body. Vitamin D deficiencies in adults have been associated with a host of adverse brain outcomes, including Parkinson’s disease, Alzheimer’s disease, depression and cognitive decline. Indeed, Vitamin D is so vital to health that the World Health Organization considers sun exposure essential if Vitamin D is not available from food or supplements—in spite of the skin cancer risk.

Having been scared out of the sun, Vitamin D deficiency is rampant in the US.  Everyone should have their Vitamin D levels tested to make sure they’re getting enough—and not taking too much, for that poses risks as well. (More on healthy levels of Vitamin D in a later post.)

But be sensible.  While a light tan is fine, sunburn is never ok unless you want to court melanoma. If you spend significant amounts of time in the sun with great swaths of skin exposed, the application of sunscreen is generally advised—though not necessarily with just cause, as we shall see. Be aware that all sunscreens carry risks.

Your choices are mineral blockers and chemical absorbers—and, best of all, Vitamin C.  (More on this healthful alternative here.)

Mineral blockers form a temporary barrier from sunlight, reflecting harmful rays away from the skin.  The main blockers used in sunscreen are zinc oxide and titanium dioxide.  They are both good at blocking UV-B and thus preventing sunburn. Zinc oxide can also block UV-A rays and has the broadest spectrum of protection of any single sunscreen ingredient.

Unlike common sunscreen chemicals, zinc and titanium are not allergenic, do not break down in sunlight and do not disrupt the body’s natural hormones.

Chemical absorbers actually transfer the sun’s UV energy into their chemical structure, allegedly preventing damage to the skin below.  Common absorbers in sunscreen are para-aminobenzoic acid (PABA), avobenzone, oxybenzone, cinnamates, and salicylates. Any individual absorber offers only partial protection and has to be combined with other chemical absorbers or mineral blockers to obtain broad spectrum coverage.

Do not use chemical sunscreens!

The toxic brew of novel chemicals in sunscreen has been introduced into the environment without having been proved safe. In fact, there is considerable scientific evidence that they’re doing grievous harm to our bodies and the environment (sex changes in fish, for example and killing coral reefs).

The common sunscreen ingredient oxybenzone is one of the worst offenders. A 2008 study by the Centers for Disease Control reveals that 97% of Americans are contaminated with oxybenzone—a chemical that has been linked to allergies, hormone disruption, cell damage and low birth weight in baby girls whose mothers are exposed during pregnancy. Oxybenzone is also a penetration enhancer, a chemical that helps other chemicals penetrate the skin.

With so many studies demonstrating the dangers of oxybenxone, why does the FDA allow it on the market—and into our bodies?  I asked this of a scientist in the FDA’s Drug Evaluation and Research Department.  He told me they have to replicate these studies before they can pull a chemical out of circulation. Though it’s been in our sunscreens for 30 years, the FDA has yet to determine whether or not oxybenzone and 16 other commonly used sunscreen chemicals are safe.  When might they figure it out?  The FDA isn’t saying.

Remember that the skin is an organ and a permeable membrane. Everything you put on your skin enters your body becomes a part of it—permanently, unless your liver manages to metabolize and excrete it. But our livers are so taxed from processing an ever-increasing army of environmental toxins, why would you want to add a further burden?

And what happens when these chemicals react with the chlorine in our swimming pools?  Decreased UV protection and increased cytotoxicity—cell death.

Two more reasons to use a mineral barrier sunscreen instead of a chemical cocktail that will take up residence in your body and in the bodies of your unwitting swimmers with whom you share the pool.

Can sunscreen cause cancer?

The Environmental Working Group has done a comprehensive analysis of sunscreens.  I’ve excerpted from it liberally in this post and I highly recommend that you read their conclusions.  Start with Sunscreens Exposed: Nine Surprising Truths.

Among their shockers is this from the FDA:  “To date, there are no clinical studies demonstrating that the use of any sunscreen alone can prevent skin cancer.”  Seriously? I called the FDA to confirm this. I was told that their studies suggest that the use of sunscreen in addition to protective clothing in addition to safe sunning behavior (like staying out of the sun during peak UV hours) reduces the risk of squamous cell carcinoma but not basal cell carcinoma or the very lethal melanoma.  So then it’s possible that protective clothing and safe sunning alone may reduce your risk as much as if you added sunscreen to the mix?  Yup, said the FDA researcher.

This is crucial information given that among white Americans the incidence of melanoma and death by melanoma has risen in tandem with our use of sunscreen.  What, really, is increasing the risk?

There have even been studies showing an increased risk of melanoma among sunscreen users.  This may be due to their spending more time in the sun, believing themselves to be immune to cancer on account of their sunscreen.  The increased risk may also be caused by the chemicals in the sunscreen itself, some of which generate free-radicals that damage DNA and skin cells, accelerate skin aging and, yes, cause skin cancer.

What’s Nanotech got to do with it?

The downside to mineral sunscreens like zinc oxide is that they leave a pasty white film on the skin—they are barriers after all. Manufacturers discovered that by shrinking the zinc particles to nano size (1 to 100 billionths of a meter), they could create a product that is all but invisible on the skin. The problem is that nano sized particles react very differently than the naturally occurring substances from whence they came. In fact, the smaller the particle the more chemically reactive and unpredictable it is.  (Excellent article here about the many dangers posed by nanotech both to human health and the environment.)

Here’s where the Asbestos connection comes in

The Environmental Working Group’s otherwise excellent analysis is not strong enough when it comes to this assessment: “EWG urges consumers to avoid mineral-based sunscreens sold as powders or sprays [as opposed to lotions] because they could inhale nanoparticles, with unknown consequences.”

Because the consequences are known.  Scientific American reports that tissue reacts to inhaled nanoparticles in much the same way as it does to asbestos fibers.  And NIOSH researchers showed that aspiration of single-walled carbon nanotubes in mice caused progressive fibrosis and granuloma formation.  Given the likelihood that human lung tissue responds similarly—and do you want to be a test subject to be sure?—then we’re looking at lung diseases and cancers that come to maturation in 30-40 years.  So, if you feel you must use sunscreen, please don’t use a spray or powder—either mineral or chemical.  You’re not only jeopardizing your own health but that of others in breathing distance who have not signed up to be human guinea pigs.

Is there any safe sunscreen?

When I started researching this article I was eager to let my readers know that I had at long last found a safe sunscreen. The brand is Badger and they make a very clean zinc-based sunscreen that goes on the skin invisibly and yet its particles are larger than the 100 nm cutoff point which is generally regarded as safe. Perfect, right?

Just to be sure, I dug deeper into the trove of scientific research and discovered one study that investigated both nano-zinc sunscreen and the old-fashioned zinc oxide that sits like white paste on the skin. The researchers tested both forms on human subjects, over time, in real-life conditions at the beach. It turns out that even a week after the last application, sunscreen-formulated zinc (as opposed to zinc that occurs naturally in the body) showed up in the blood and urine of both types of sunscreen user. What does this mean?

Unfortunately, we don’t know. Because it’s not being systematically tested. Our regulatory agencies are chronically underfunded and in many instances they work hand-in-hand with the corporations who produce the products that they’re supposed to be monitoring.

So what’s a Sun lover to do?

First, remember that the Sun is not your enemy. It is an essential source of life. And like the other primary sources of life, food and water, it ought to be respected and enjoyed in moderation.

Second, if you plan on spending more time in the sun than feels safe, cover-up with a broad brimmed hat and protective clothing—your safest and most effective sunscreen.

Third, use Vitamin C in solution to nourish the skin, protect against sunburn and reverse some of the damage already done. (Details here.)

Finally, if you must use a commercial sunscreen preparation, check the label and remember these basics:

— Use mineral-based not chemical sunscreens.

— Use lotion, not powder or spray.

— Use naturally occurring zinc oxide (yes, the pasty white film) if you can. If that’s, um, beyond the pale, use a non-nano zinc formula. I do like Badger the best. It’s unscented, feels very clean on my skin, and the size of their zinc particles are larger than those of most concern. But remember, all zinc penetrates the skin and we don’t yet know if that’s a problem. By contrast, there is already abundant evidence of the dangers associated with chemical sunscreens.

What does Wellness Ally do?

I use Vitamin C in solution to protect against sunburn at times when I’m simply sunning. But most of my exposure comes from swimming year-round in an outdoor pool.  Because the Vitamin C allows you to tan—and produce Vitamin D from the sun, unlike sunscreens—I do use a tiny amount of sunscreen under my goggles so I don’t get a raccoon tan line (pure vanity).  As long as I don’t burn—and I don’t—I am not worried about the sun. I’m far more worried, for myself and the environment, about novel chemicals—the damage they’re already inflicting and the damage that may yet come.

The image I’ve used at the top of this post is of carbon nanotubes caught in an immune cell below the pleura, from an article in Chemistry World, New evidence for toxic effects of inhaled nanotubes

This entry was posted in Wellness Tips & Encouragement. Bookmark the permalink.