The Benefits of Not Giving Unsolicited Advice 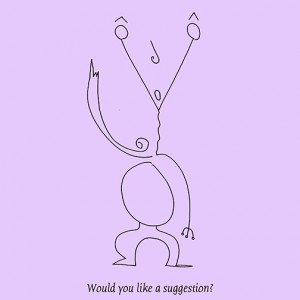 If you’re in the habit of dishing out unsolicited advice, you might want to rethink the practice—for the sake of your relationships and your own emotional well-being. Breaking the habit changed my life for the better in ways I could never have predicted—and gave me a lived experience of neuroplastic change.

I had long been a person who was brimming with great advice for, well, pretty much everybody. I dispensed it freely and without the least bit of provocation.  It never occurred to me that having something of value to share did not constitute license to do so uninvited.

Over the years, the person who’s endured the lion’s share of my fabulous advice is my mother. Despite this, and to her eternal credit, we are blessed to have a very close relationship; we communicate honestly and do the hard work of processing through our rough patches.

A few years ago my mother got involved with the Center for Non-Violent Communication, an organization that helps negotiate peace between individuals and groups all over the world. She began to develop new skills, among which was the ability to challenge her insistent daughter. We’d be in the middle of a conversation with me saying something like “Oh, you really must try goat milk kefir for digestive health” or “You absolutely have to get a handle on your procrastination—and here’s how.” She’d stop me with something diplomatic like “It would be so much nicer if you asked me if I wanted a suggestion before offering it.”

It took awhile for this to sink in. My mother probably had to intervene with these gentle requests a hundred times over the course of a year.  You see, I truly believed my advice would help her, and—here’s the key—I was attached to that belief.   In time, I discovered that underneath the attachment was a sense of urgency, an anxious tension I could feel in my body.  The only way I knew how to relieve that tension was to disgorge my advice onto whoever I thought needed educating.

Now I was being called upon to change. If I wanted to cooperate with my mother, I had to sit on that sense of urgency just long enough to ask: “Would you like a suggestion about that?” I felt like a racehorse of coiled energy bursting to charge out of the gate, to deliver my precious wisdom. The urgency was still very much present, but by intervening at the moment of impulse to ask for permission, I was taking the first step in changing a deeply embedded pattern, which means I was changing the circuitry of my brain.

It’s Neuroplasticity 101: how the brain evolves in response to changing input and circumstances.  A brilliant book on the subject, The Brain that Changes Itself, gave me a fresh understanding of behavioral change, and with it new tools for transforming myself.  A neuroplastic toolkit!  Just in time to meet my mother’s challenge.

The principles of neuroplasticity tell us that every time we repeat a particular behavior, the neural wiring responsible for making it happen becomes stronger and more entrenched. Before long, Action A becomes the default response to Stimulus B. This principle explains the famous experiment that had Pavlov’s dogs salivating at the sound of a bell.  It also explains why it’s so much harder to change habits the older we get. The brain loves efficiency, and a well-established pattern is like cruising down a neural superhighway.  Taking an exit to create a new pattern is like beating a path through the jungle.

Which is what it felt like I was doing that first month or so of attempting to honor my mother’s wishes. At first, I was only doing it for her, and grudgingly so. It was an immense strain to keep myself from doing what came naturally.  The reward was my mother’s relief and appreciation. Little by little I came to find the freedom in this new approach. With less time spent mentally preparing my sage advice, I found myself listening better; conversations with my mother were easier for both of us; and my sense of urgency began to diminish.

Having discovered these benefits, I began using the technique with other family members and friends, which yielded more opportunities, like learning how to take “no” for an answer. My friend, Elaine, has been a great teacher of No for me. When I ask if she’d like a suggestion about a particular dilemma, she will sometimes say no, or a qualified yes; as in, yes, but only if it doesn’t involve The Law of Attraction.  The first time she laid that one on me, I nearly screamed. But because I’d been practicing for so long with my mother I calmed down almost as fast as I revved up. Hey, if Elaine doesn’t want to hear about The Law of Attraction, I’m not going to try to ram it down her throat…any more. My urgency dissipates and I can relax. What a gift!

As the magic of this process filtered down to ever-deeper levels of my consciousness, it also became clear that I don’t necessarily know what’s best for Elaine, or anybody else.  And even if I did, it’s not in anyone’s best interest for me to force them to see the light—as if I could.

It’s been a little over two years since my mother’s request triggered this cascade of beneficial changes in my life. Although the corresponding neural circuitry is not yet 100% rewired, my default reflex in most instances is to ask people if they’d like my advice before I serve it up. And what a pleasant surprise to discover that when people are approached with an offering rather than an imposition, 9 times out of 10 they’ll say ‘why, yes, I would like to hear your suggestion.’ What’s more, because their curiosity has been piqued, and because they have chosen to hear it, they are more receptive than if I had tromped into their consciousness without having so much as knocked on the door.

What started out as a not particularly gracious concession to my mother, evolved into an exercise in neuroplastic change, which had the unexpected effect of easing my anxiety, which led organically to a change in consciousness about the importance—or not!—of my role in the lives of others.

None of this would have happened if I’d continued speeding down that neural superhighway. Six lanes of asphalt couldn’t possibly deliver me the way a narrow winding stretch of untamed earth did. And now, my little path through the jungle is the best way to get to wherever I want to go.

This entry was posted in Deep Wellness. Bookmark the permalink.